As pro-life President Donald Trump continues to rack up political victories that aid the pro-life movement, the abortion industry is preparing to elect more candidates who support unlimited abortions and who support forcing every taxpayer to fund abortions.

NBC News reports, “Planned Parenthood will spend $45 million to support candidates in favor of abortion rights, the largest electoral program of its kind in the group’s history. The money will go toward supporting candidates at the presidential, congressional, and state levels.”

A chart from Live Action shows the severity of Planned Parenthood’s zeal for committing as many abortions as possible. 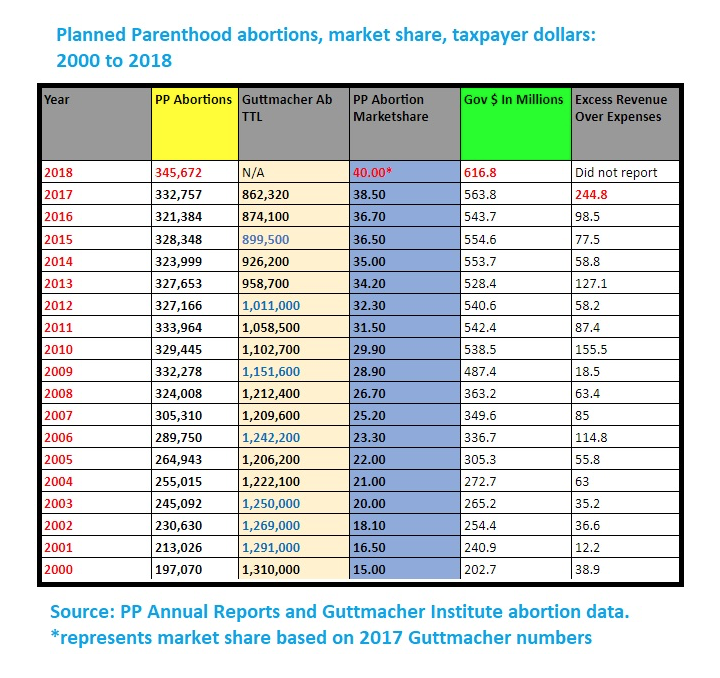 We MUST defund Planned Parenthood and give the money to health clinics that perform REAL healthcare.

**This article was republished from studentsforlife.org. Written by Matt Lamb**